Is Canada Going to be Left Behind

Home/Solar Energy/Is Canada Going to be Left Behind

Is Canada Going to be Left Behind

Progress is an interesting thing.  Much of what once was labelled as progress, later could be argued to have been a step in the wrong direction.  E-mail, for example, is a great tool when it is used to augment and enhance business functions, however, when it becomes the primary form of communication between people and organisations, we lose something valuable.  We not only lose the ability to connect in a meaningful way, but meaning and intent itself can quite literally become drastically transformed.  And this thing that was initially believed to be the path to time saving salvation, can cause issues that were formerly resolved in a quick manner with effective face-to-face, or telephone conversation, to be drawn out for days and weeks as e-mail salvos are exchanged indiscriminately.  The art of meaningful conversation is replaced by cold, callus, and sometimes cutting e-mails fired from remote corners of the internet.  Not progress. 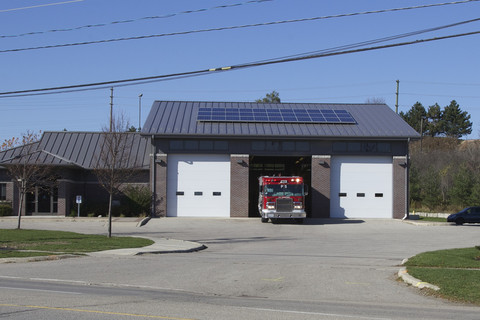 Every once in a while, however, a new technology emerges that is undeniably progress.  Technology that presents an opportunity for civilizations to become better.  To evolve.  In a positive manner.  Technology that can shape the future of our planet.  Technology that can undo a hundred years of toxic behaviour and realign us with our natural state.  Surprisingly, in this instance I am not actually referring to a new technology.  I use the term new to represent the recent explosion of a technology that is over a hundred years old, and one that captures a source of power older than the earth itself.  The technology to which I refer is solar generated electricity.  Harvesting the power of the sun to create electricity, a commodity without which our standard and quality of life would be no more.  And in the face of this newly exploding, old technology, Canada remains steadfastly committed to a dying system that becomes more costly by the day.  Why is this?  More importantly, what are the potential consequences of being completely by-passed as the rest of the world embraces and intensifies their renewably generated power efforts, while rapidly shedding the old stuff?

For many years Germany quietly went about revolutionizing their power grid, adopting renewable energy as a way of life rather than a political manifesto.  The choice to stop polluting the earth and move to renewably and sustainably generated power was not a partisan issue.  All parties, backed by the majority of the electorate knew and believed it to be the right thing to do.  And this despite the fact that, as with any new endeavour, it was going to be more costly in the beginning.  Evolving from the way things have always been done comes at a price.  Always.  And here in Canada we are very fortunate to benefit from the costs and risks that were borne by past generations when they undertook such monumental tasks as building a railroad across the country, creating an infrastructure of roadways, connecting the nation from coast to coast by wire and cable to run power and communications, and even developing and building the massive power generating facilities that have gotten us to where we are today.  But have we lost that spirit?  Have we lost the will that once drove thought, imagination, and purpose, and led to the advancements we take so readily for granted today?  When we take a close look at technological development in Canada today, one might suspect so.  In most conversations, and in the media, negativity surrounds the prospect of transitioning to renewable energy at a national level.  And more often that not, cost is cited to be the reason not to do it.  We should all be thankful that those responsible for decision making in political circles today were not those that were responsible when great things were done in this country in the past.

So what can be done?  Well, it’s being done right now.  Just not here.  Not in Canada.  Here in Canada we completely ignore the fact that in the U.S., Germany, Japan, China, South Africa, and India, they march aggressively toward energy independence.  The adaptation rate to renewable energy is extraordinary, with over 100GW of solar alone being installed and connected world-wide in 2014.  Yes there is opposition in those countries as well.  Opposition from politicians backed by large corporations with deeply vested interests in ensuring we do not make this leap.  In ensuring that we continue to suck at the teet of fossil fuel forever.  Or until it runs out.  But that won’t happen in this lifetime, so why worry about that?  And also, oh yeah, climate change is a lie you fool.  My call to action is to march forward in the face of opposition.  Especially when the stakes are as high as they are here.  Our nuclear plants are past the end of their original life-cycles, and we will need to invest tens, hundreds of billions to refurbish and build anew.  Sounds costly.  So one solar module at a time.  One electron at a time.  Change is coming.

Ignorance is no longer bliss, its just ignorant.  So whatever your reasons are, I urge you to become a part of the revolution that is afoot.  Take up arms against the stalwart and selfish who would see Canada sink into the abyss to preserve, if for only a short while longer, their own fortunes.  Take up arms in the form of renewably generated power and let everyone know you are an agent of positive change.  Every solar panel counts.  Every renewably generated electron counts.  Ontario leads the way in Canada and we should be proud of our efforts and our results.  We must continue to do more.  Become a member of the Renewable Energy Community and reward yourself with great returns.

About the Author: Wil Beardmore

Interested in a total Solar Energy Solutions Package? At Bluewater Energy, we've got you covered!

Get a Quote today